A Personal Message from Pastor Rob

Thanks for stopping by our church website friend! We hope that you will come to visit us this Sunday and we look forward to meeting you. We trust that you will be blessed, uplifted, and encouraged at the services of Rose Park Baptist Church. If we could answer any questions for you about our church or ministry don’t hesitate to call the church office or contact us via our email link.

May the Lord Richly Bless You,
Pastor Rob & Tawni 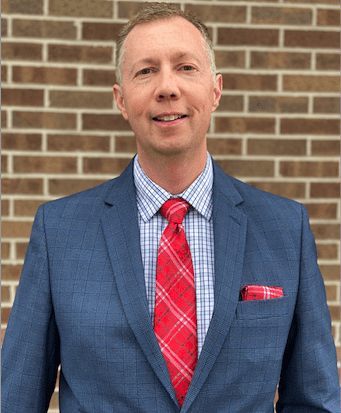 Pastor Rob and Tawni Pophal were married in the summer of 1998 after being brought together by the Lord in their corporate employment. The Lord has allowed them to work and serve the Lord together for over twenty years. Pastor Pophal graduated from the Massillon Baptist College with a Divinity degree and Tawni graduated from a leading Northeast Ohio university with a degree in education. Pastor Rob was ordained to the gospel ministry at the Bethel Baptist Church of Ravenna, Ohio in 1996.

Pastor Rob and Tawni were both blessed to be raised in Christian homes and in two different good, Bible preaching and Bible-believing churches where they heard the good news of the Gospel of the Lord Jesus Christ, and both were saved at a young age. Both were blessed to attend several years of Christian school in their formative years.

Pastor Rob served as the Assistant Pastor of Bethel Baptist Church in Ravenna, Ohio where he along with Tawni served for ten years as the children’s ministry director, VBS coordinator, Sunday school teachers, and in many other ministries of the church.

In 2007 the Lord allowed them to step into full-time service at the Open Door Baptist Church of Lima, Ohio. There, serving as the Associate and Youth Pastor, he and Tawni both served in the youth ministry, church administration, and in many other church ministries and outreaches.

Pastor Rob accepted the call to become the Pastor of Rose Park Baptist in August of 2017 with Tawni assisting him as a part of the church administrative staff. Their first service was on September 10, 2017. 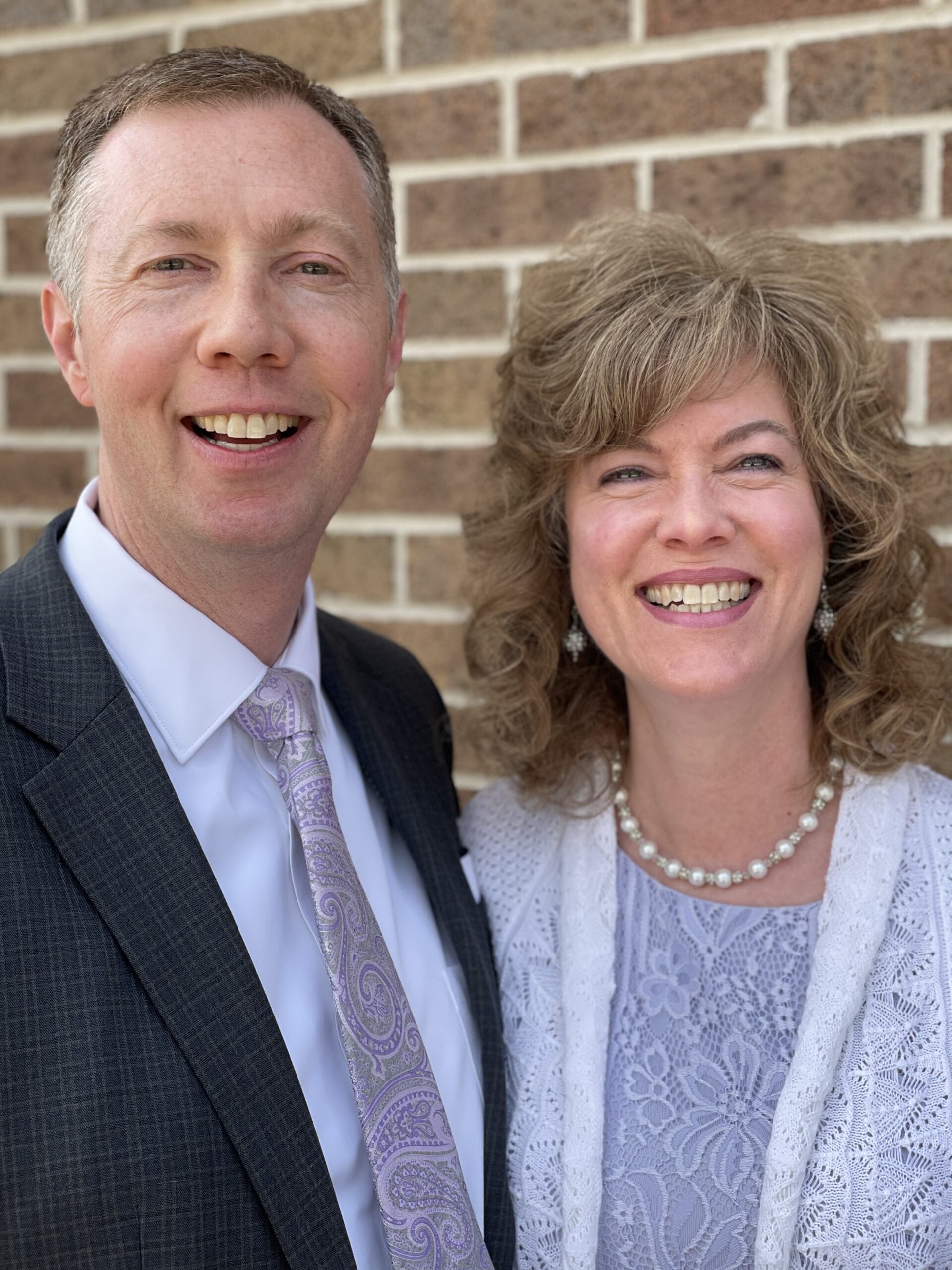 Pastor Tim and Amanda both grew up in godly, Christian homes. Pastor Tim grew up in Kenya Africa as a missionary kid, and Amanda grew up in Lawton, Oklahoma. Pastor Tim received Jesus Christ as His Savior in August 2001. He went to Heartland Baptist Bible College, and met his wife, Amanda, at Southwest Baptist Church in Oklahoma City. Pastor Tim graduated with his master’s degree in Ministry, and Amanda graduated from Cameron University with a degree in music education. Amanda put her faith in the Lord Jesus on June 30, 2004. After getting married, they went to serve at Shawnee Baptist Church in Shawnee, Oklahoma for four years until the Lord moved them to Rose Park Baptist Church in Holland, Michigan. They are currently serving the Lord in the youth and bus ministries. God has blessed them with two children. 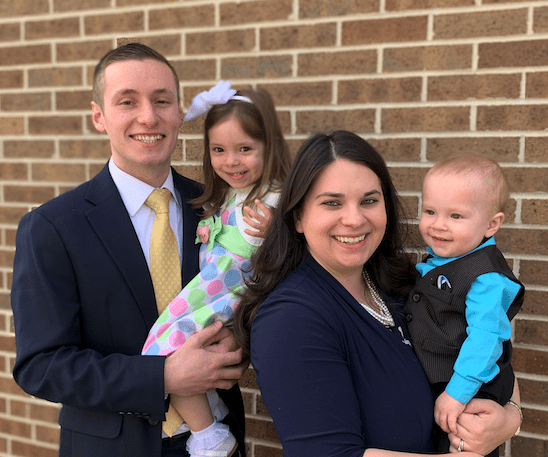 The leadership team of Rose Park Baptist Church is far more than just the Senior Pastor or even the Pastoral staff. The Pastoral staff is merely one part of a larger body working together for the cause of Christ. We are a team, a family of faith, made up of dedicated, serving men and women all doing our part. I want to thank the Deacons, Office Staff, Custodial Care, and the many ministry volunteers who make the work of the ministry possible here at Rose Park Baptist Church.

We Believe the whole Bible, from Genesis to Revelation, is the verbally inspired Word of God. We use only the King James Version of the Bible in all Sunday classes and preaching ministry.

II Timothy 3:16 All scripture is given by inspiration of God, and is profitable for doctrine, for reproof, for correction, for instruction in righteousness:

We Believe the whole Bible, from Genesis to Revelation, is the verbally inspired Word of God. We use only the King James Version of the Bible in all Sunday classes and preaching ministry.

Matthew 1:23 Behold, a virgin shall be with child, and shall bring forth a son, and they shall call his name Emmanuel, which being interpreted is, God with us.

Salvation By Grace Through Faith

We Believe that salvation is the gift of God imparted by His grace through faith in the finished work of Christ.

Ephesians 2:8,9 For by grace are ye saved through faith; and that not of yourselves: it is the gift of God: Not of works, lest any man should boast.

We believe He arose from the grave the third day.

1 Corinthians 15:4 And that he was buried, and that he rose again the third day according to the scriptures:

Jesus Is The Sole Mediator Between God And Man

We believe He alone is the mediator and intercessor between God and man.

1 Timothy 2:5 For there is one God, and one mediator between God and men, the man Christ Jesus;

Hebrews 7:25 Wherefore he is able also to save them to the uttermost that come unto God by him, seeing he ever liveth to make intercession for them.

We believe every born-again soul should declare their faith through baptism by immersion in water.

Romans 6:4-5 Therefore we are buried with him by baptism into death: that like as Christ was raised up from the dead by the glory of the Father, even so we also should walk in newness of life. For if we have been planted together in the likeness of his death, we shall be also in the likeness of his resurrection:

We believe every born-again soul should declare their faith through baptism by immersion in water.

Romans 6:4-5 Therefore we are buried with him by baptism into death: that like as Christ was raised up from the dead by the glory of the Father, even so we also should walk in newness of life. For if we have been planted together in the likeness of his death, we shall be also in the likeness of his resurrection:

We believe the church is a called out assembly of believers organized into one body in order to glorify God, grow in grace, and reach the lost.

1 Corinthians 12:12-14 For as the body is one, and hath many members, and all the members of that one body, being many, are one body: so also is Christ. For by one Spirit are we all baptized into one body, whether we be Jews or Gentiles, whether we be bond or free; and have been all made to drink into one Spirit. -- For the body is not one member, but many.

We believe Christians are called to separate from worldly, sinful practices, unto a life of usefulness for Christ.

2 Corinthians 6:17 Wherefore come out from among them, and be ye separate, saith the Lord, and touch not the unclean thing; and I will receive you.

We believe the church's primary responsibility is to preach the Gospel, baptize new converts, and to disciple believers in Christian maturity.

Matthew 28:18-20 And Jesus came and spake unto them, saying, All power is given unto me in heaven and in earth. Go ye therefore, and teach all nations, baptizing them in the name of the Father, and of the Son, and of the Holy Ghost: Teaching them to observe all things whatsoever I have commanded you: and, lo, I am with you always, even unto the end of the world. Amen.

Rose Park Baptist Church was organized in May of 1958. Thirty-two people attended the first service which was held in Beechwood School. The church was incorporated on June 24, 1958, as an independent Baptist church under the leadership of Reverend Garland Cofield as founding pastor.

During the spring of 1959, the church began searching for a site on which to construct its first building. In the summer, the church purchased 5 ½ acres of land on Butternut Drive and construction began as the congregation met in a tent. The new facility was fully constructed with volunteer labor from the church membership.

Pastor David Smith became the pastor in March of 1987 and faithfully pastored the church until his retirement in the fall of 2016 serving twenty-nine years, the longest of any pastoral tenure in the history of the church.

The Lord has continued to bless the church in growth and membership throughout the years.  We have added a new sanctuary, education wing, as well as many other updates to the property.

In 2017 the church called Pastor Robert Pophal to become its new pastor. Pastor Pophal along with his wife Tawni came to Rose Park having served the Lord for over twenty years in the ministry. The church is currently undergoing a season of rebuilding and revitalization across its campus and in every area of ministry.

In 2020 the church added to its pastoral staff Pastor Tim Mickey and family. They lead our student ministry and our bus ministry.

We trust that you will find Rose Park Baptist Church has a warm, receptive atmosphere. You will find people from all walks of life and backgrounds attend here. It is our desire to honor God with biblical preaching, practical teaching, God-honoring music, and a friendly atmosphere. There is no dress code or expectation that you give in an offering during our services. 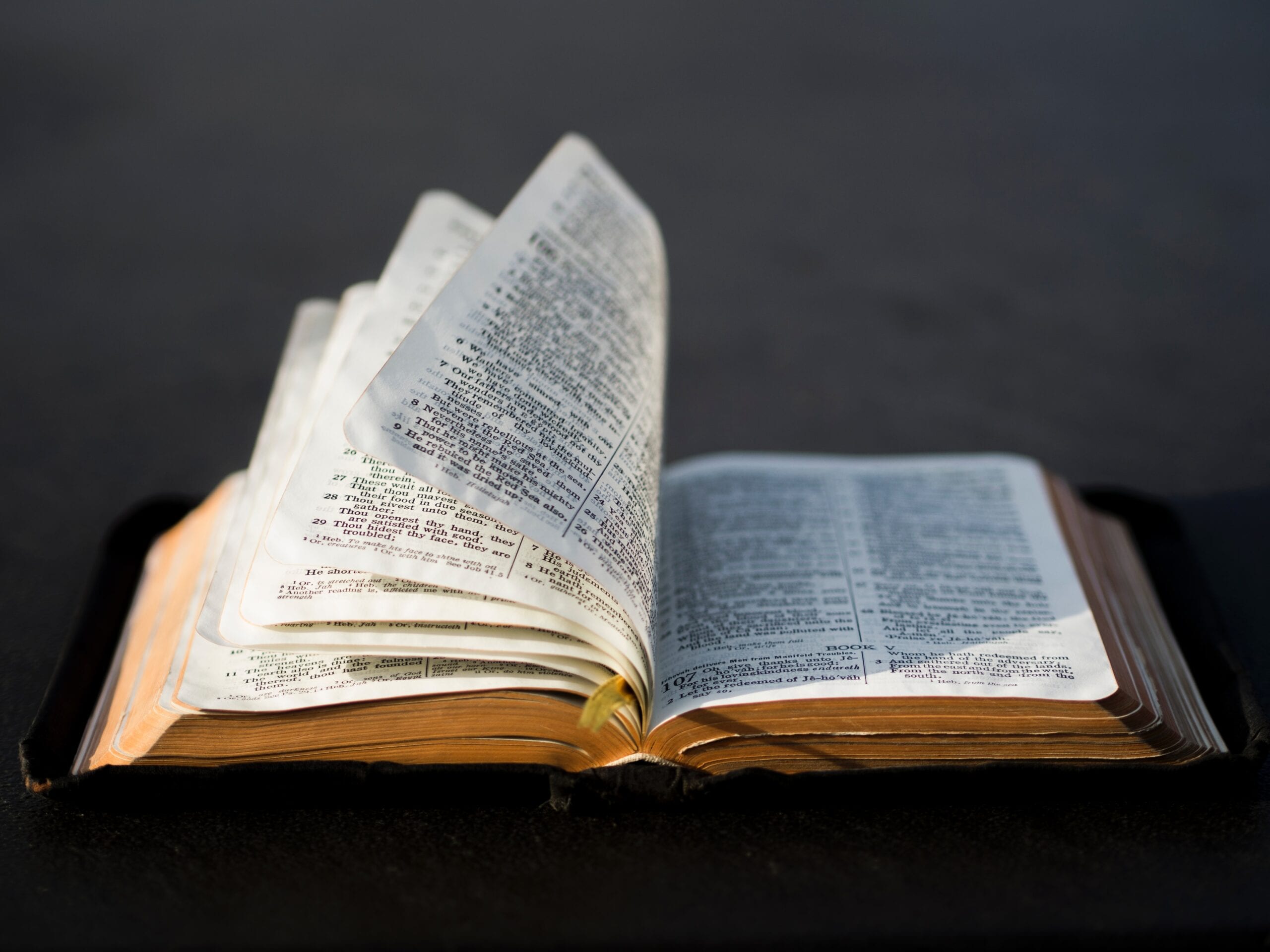